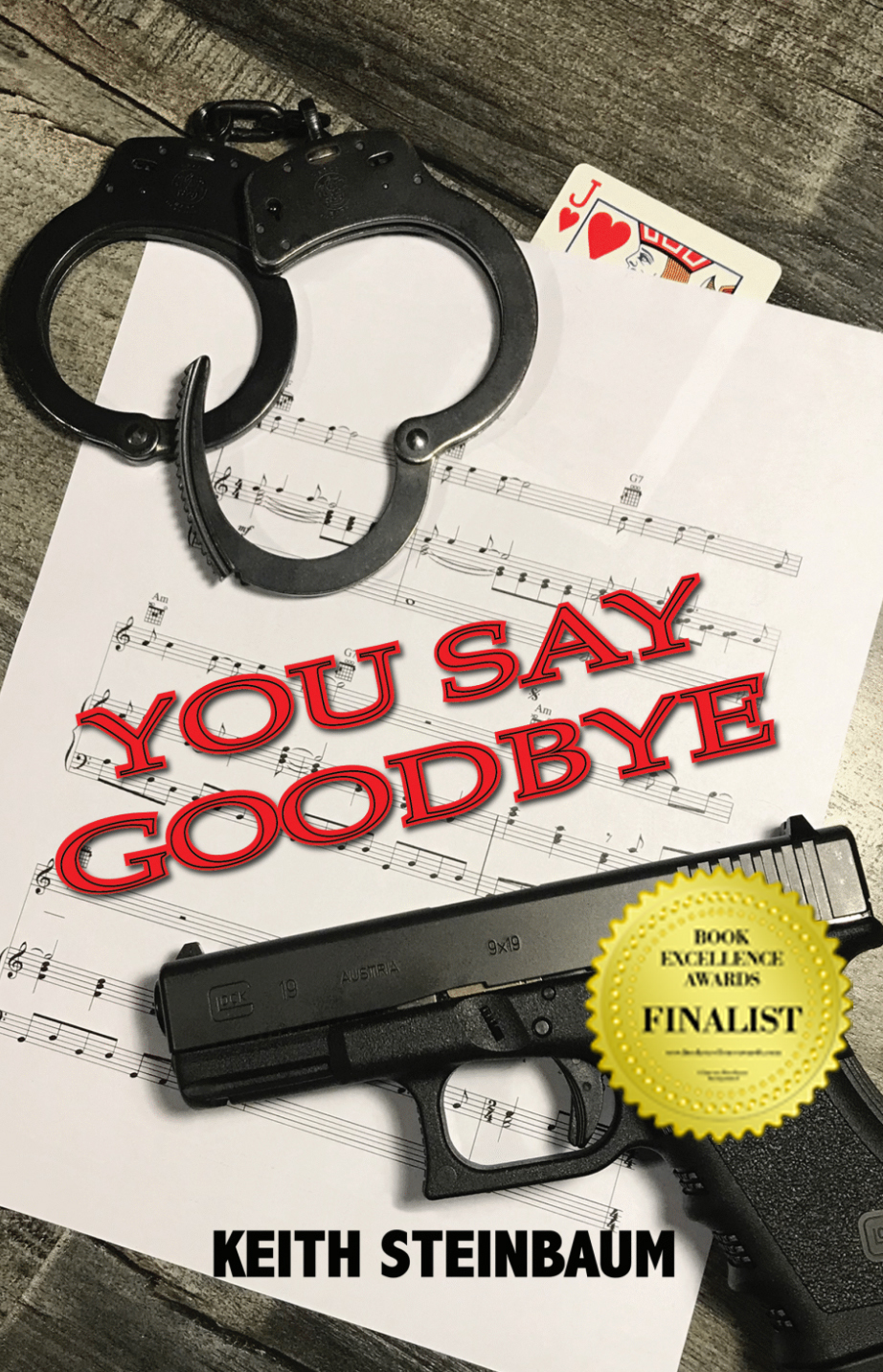 After a temperamental meltdown on stage, Sean Hightower, a regretful and resentful “one-hit wonder” rock musician hoping for a comeback, returns to his girlfriend’s condo seeking comfort from the woman he loves. But after letting himself in, he discovers her naked body on the bed, murdered from a bullet to the head. When the police detective arrives and sees the two taped pieces of paper on the wall with the word, “hello,” on one and “goodbye,” on the other, he realizes that the renowned serial killer, The Beatles Song Murderer, has struck again. In the days that follow, he reaches another conclusion—the Beatles Song Murderer is probably somebody Sean knows. Now the detective needs Sean’s help to find the killer.

Get your copy of " You Say Goodbye" Today.

Maldonado—gulped some coffee and pointed toward the envelope.  “Before I show you what’s in here,” he said, “I’m going to tell you something about Ms. Franklin’s murderer that we’ve known from the beginning—Do you recall the writing on the two pieces of paper above the headboard?”

“Only if you’re talking about The Beatles song,” he answered.

Maldonado nodded. “That’s exactly what I’m talking about, Sean. The same man who—murdered Ms. Franklin has done the identical thing seven other times, dating back six years. He’s a serial killer the press has dubbed, ‘The Beatles Song Murderer.’—He’s left pieces of paper with the name of a different Beatles song every time.”